Operating in today’s business world is like living in the land of "Re" — something is always changing and mostly it is "re-something": re-organising, re-structuring, re-shaping, re-framing, re-aligning, re-engineering and so on. People have to constantly deal with the message "we’re changing again." As such, change has become a constant part of our work lives and a normal function of every leader’s role.

Yet many change initiatives simply don’t work, leaving change agents scratching their heads. Often it’s because insufficient consideration is given to the people side of the change. It’s not that people don’t like change — or inherently resist it — but rather that they don’t like it being mandated upon them.

For change initiatives to be successful, employees need to support and believe in the company’s strategic goals and see clear advantages for both the company and themselves. They also need to know that their contributions are a valued part of the overall initiative. In other words, they need to feel an emotional connection to what the company is trying to achieve and what it means to them personally.

Organisations that focus solely on other stakeholders such as shareholders, lenders and customers and take a pure process-driven, functional approach to organisational change are setting themselves up for a difficult journey. Conversely, companies that integrate a values-based approach into their change process will have higher levels of engagement and buy-in from their people.

It makes sense that if a change initiative is designed to improve the performance of an organisation, such sweeping change must have the "buy-in" and engagement of people at all levels of the organisation. How can leaders achieve this while implementing initiatives to radically transform their organisation? 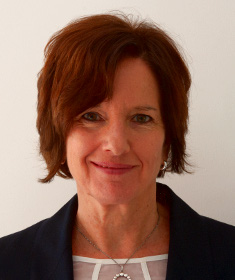 Hazel commenced with Wilson Learning in 1996 and has progressed with the company to the role of Managing Director AU/NZ in this time. Prior to joining Wilson Learning, Hazel worked in management and marketing roles including the role of Managing Director for a company in the licensed product industry. Hazel has undertaken studies in adult education and graduate studies in career management. She is currently studying for an Masters of Business in Management.

In addition to her operational responsibilities, Hazel spends time working with large client organisations, both at a local and regional level. With a background in strategic account management, in-depth consulting, curriculum design, workplace assessment, facilitation, coaching and career counselling, Hazel is well placed to drive the AU/NZ team to deliver above and beyond our clients expectations.