Harvard Law School’s Harvard Program on Negotiation recently came out with their list of Top 10 Negotiation Failures for 2013.

What can this list of Top 10 Negotiation Failures tell us about the value of Principled Negotiation and Wilson Learning’s NTY program? It can tell us a lot, actually.

There are many other lessons that can be gained from this list. What do you think? What others have you identified?

Michael Leimbach, Ph.D., is a globally recognized expert in instructional design and sales development, sharing his message that it is not about what you learn but what you use. His approach has been adopted by numerous Global 1000 organizations in Australia, England, Germany, Japan, South Korea, Taiwan, and throughout the United States. Dr. Leimbach is Vice President of Global Research and Development for Wilson Learning Worldwide. With more than 25 years in the field, he provides leadership for researching and designing Wilson Learning’s diagnostic, learning, and performance improvement capabilities. He has managed major research studies in sales, leadership, and organizational effectiveness. Dr. Leimbach also developed Wilson Learning’s impact evaluation capability and return on investment models. He has served as a research consultant for a wide variety of global client organizations, is the Editor-in-Chief of the Advances in Developing Human Resources professional journal, and serves on the ISO Technical Committee on Quality Standards for Learning Service Providers. Dr. Leimbach has authored six books, published numerous professional articles, and is a frequent speaker at national and global conferences. 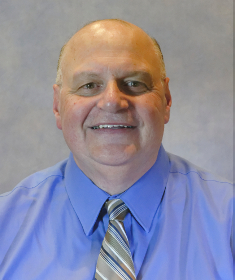